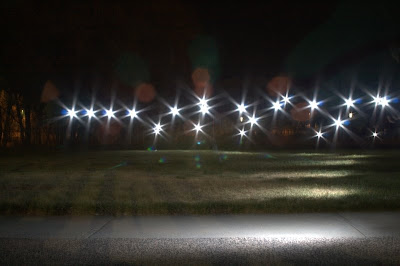 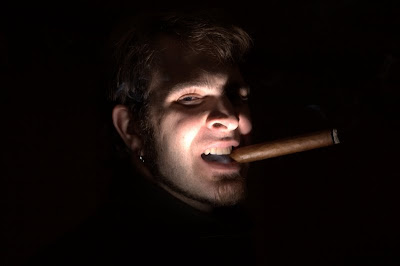 The 580EX II is great. I still have so much to learn but I am excited to give it a try. A buddy and I tried our hand at using two flashes as master and slave and light painting in a dark park. It was a blast. The results were not spectacular but it was fun to try and see what happened. We now know more about the flashes, camera and flash setup and slaving flashes. These are a couple of the pictures we took.

The jungle gym pictures were taken by setting the camera shutter speed to 20-30 seconds in the dark are and using the flash to illuminate small areas of the picture. In the future we will try some flash lights and other setups.

We also tried some dramatic lighting with our faces. The coolest thing with the cigar picture could be that it was taken in a garage with lights. It was pure luck that we were able to overwhelm the natural light because we were just messing around but the effect is quite cool.

The pictures posted are a conversion from RAW to JPEG and I am amazed to see some of the differences just in the decisions that the camera or another program makes automatically. The last picture in the series has the face blown out whereas the RAW file has lots of detail in the face. Yet another reason for shooting RAW.

There are a couple more pictures from that night on my flickr site.
Posted by Mark at October 29, 2008